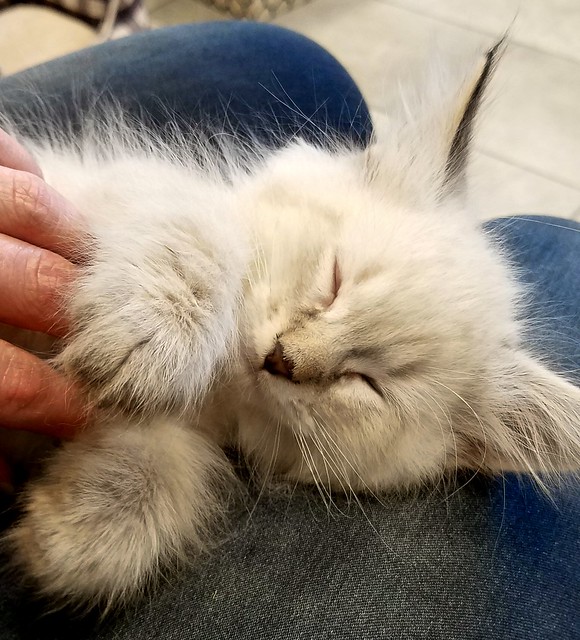 As I read about and hear about the onslaught of laws they are passing (or at least trying to pass) that restrict a woman’s body autonomy it makes me wonder just what it is that has men so afraid of women they have to pass legislation to try to and control them.

These men, who are clearly terrified of women having the same level of freedoms they have, spout nonsense about how they are simply following the will of the people. They argue about the sanctity of life and how someone has to stand up for the rights of the unborn. They claim women are wantonly aborting babies up till the time of birth, that it’s murder and done with no remorse. Yet, they refuse to take any sort of accountability for their part in creating the life that takes hold inside a woman’s body. They don’t care about the nature of how that egg got fertilized. They’ve never had to face making that choice themselves, and the small number of women who go along with the laws that attack a woman’s right to choose have perhaps never had to face that either, or they must not enjoy having the ability to make their own decisions when it comes to their bodies, some people do enjoy being subservient after all.

Because what is the difference between forcing a woman to use her uterus against her will to save a life and demanding that every single person donates blood, or their organs when they die, because it could be used to save lives? Where do you draw the line? Even if they created synthetic wombs to put all those embryos in that they don’t want aborted, why should a woman be forced to have their offspring, their genetic material, out and about in the world? These laws selectively limit only women’s body autonomy and only in regards to reproductive health.

Logic argues that since the people drafting, voting for, and passing these laws are not willing to have men take responsibility for the eggs they fertilize, provide no support for the babies once out of the womb, and do not address the already existing children all over that are being abused, killed, starved, etc than their motivation is not driven by a moral imperative to protect innocent lives. If their motive isn’t what they claim it is, I would argue that it’s simply coming from a place of fear. Fear that if women can make their own decisions they will decide things that men don’t like. Well, it’s only those who are insecure that feel the need to control others and impose their will upon them.

Quite frankly I think it’s high time that women are allowed to run things, look at the utter mess men have made of this world, chasing after control over the natural order of things, as if nature ever could be controlled by the likes of us. Power, status, money…it’s all just a form of control and in their pursuit of it our planet, and the living organisms on it, have been decimated.