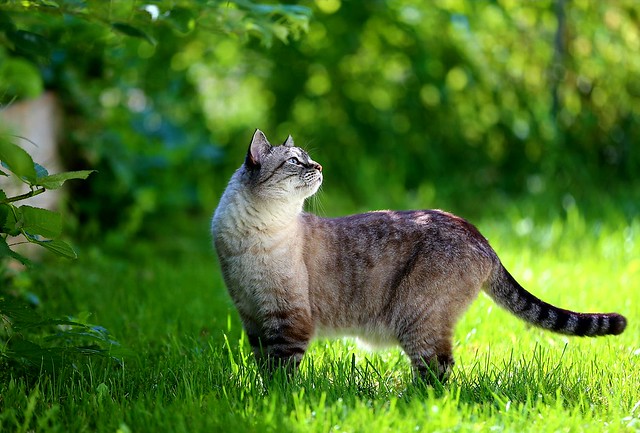 R.I.P. my sweet, handsome, asshole. I will miss you terribly.

This past week has flown by in a blink. In my attempt to cope I can’t remember much of how the time was spent. I know there were lots of supportive words and hugs, lots of decisions to be made, lots of expensive charges to the credit cards, lots of coffee, lots of memories being shared, lots of time spent at the synagogue, not too much food, not too much sleep, not too much time alone because that is dangerous and that is when you can’t distract from the thoughts.

Husband now shares my congestion, he has been very supportive and I appreciate that he has had no issues with having my mother and brother staying with us this past week. We wanted them to stay until we can clean out my mother’s house but they want to go back tonight. I am worried about them having too much time alone. Both of them have stated they feel guilty and responsible for my father’s death, although really there can be no blame in that. I understand that guilt is a natural part of grieving but it worries me because this loss has come so soon on top of losing Lillian. I don’t want to see them hurting so much. Also, though, taking care of them allows me to avoid having to fully embrace the reality that I have lost my biggest and strongest safety net and that any future children I have will never know what it’s like to have my father as their Zayde.

I can’t quite deal with the thought of going back to work tomorrow, I will ease into it by working from home, hopefully the entire week. I am still sick, still probably contagious, so that’s another reason to avoid the office. Really I know I will cry when some of my coworkers offer their condolences and I don’t want to do that right now, I don’t need to add to the congestion.

Next weekend we will start cleaning out their house. Rent a dumpster really clean out the house. I will breakdown. I already know it will happen. There will be lots of family there to help but it won’t stop me from losing it. I had just gotten to a point where I was pretty much back to “ok” after Lillian’s death. It’s like you are on a path and something slaps you off into high grass and brush full of thorns and stickers and ticks. Sometimes it takes awhile to find your way back to the path again, except often it’s a different path you find yourself on but you are just grateful to out of the weeds and so you travel that path even if it’s not the one you wanted to be on. No sooner had we found at least a semblance of a path again through the wilderness and we have been slapped even harder and father off, lost in the brambles surrounded by pain and anxiety. I don’t know how long it will take to find the road back to ok this time. 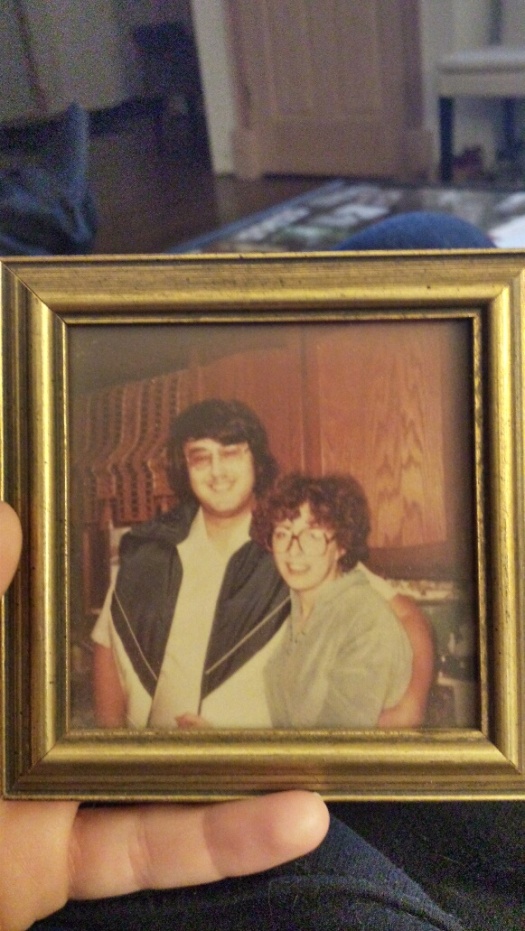 You weren’t supposed to die.

I was going to write this diary entry about my awesome day where I flew a plane. It was pretty fucking awesome. However, before I could sit down and write that entry I got a call from my mom.

At 1:22ish on Sunday the 21st of June 2015 I received a call from my beloved father. Since I was standing in line at Target waiting to have my Cartwheel barcode scanned I hit the ignore button. A min later the voicemail notification flashed. While walking to my car I called him back and had a brief typical conversation with him. He told me to come over at 4 for the BBQ and joked about mom. We exchanged “I love yous” and hung up. I went home and unloaded groceries. Around 2:15 I heard my phone ring. It was from my dad’s number but it was my mom on the other end. “Your father’s had a stroke or something, we’re headed to the emergency room.” I felt my breath catch in my throat. I told her I would meet her there and grabbed my keys and headed out the door. It wasn’t a stroke. Got to the hospital and found out it was an anyurism that had burst in the middle of his brain. He was bleeding out and there was nothing they could do for him. He was completely unresponsive. The best they could do was make him “comfortable” and wait out his death. We informed family members. One by one they flocked to the hosipital. We surrounded him as he lay there, occassionaly convulsing but completely unresponsive. We told him we loved him and shared our favorite memories. Eventually the Rabbi arrived. Prayers were recited. We held hands and prayed for him. Everyone but my mom, brother and I left the room. The Rabbi said the last prayer and as he finished talking my father passed on. It had barely been 3 hours since he collapsed getting out of his vehicle in the driveway of my childhood home. My mother couldn’t bear to go home. I told her to stay at my house. I went by and grabbed her a bag of clothes and supplies. My mother, brother and their dog all came to my house. We ate whatever we found in my fridge and now I am typing this. I am supposed to be writing an obituary but I am not ready to do that. I am numb and I don’t want to live in a world where my dad isn’t a phone call away. I don’t know how to be me without my dad around. I’ve never had to live without him. I don’t really want to. I thought this week was finally starting to get better. What a fucking joke. 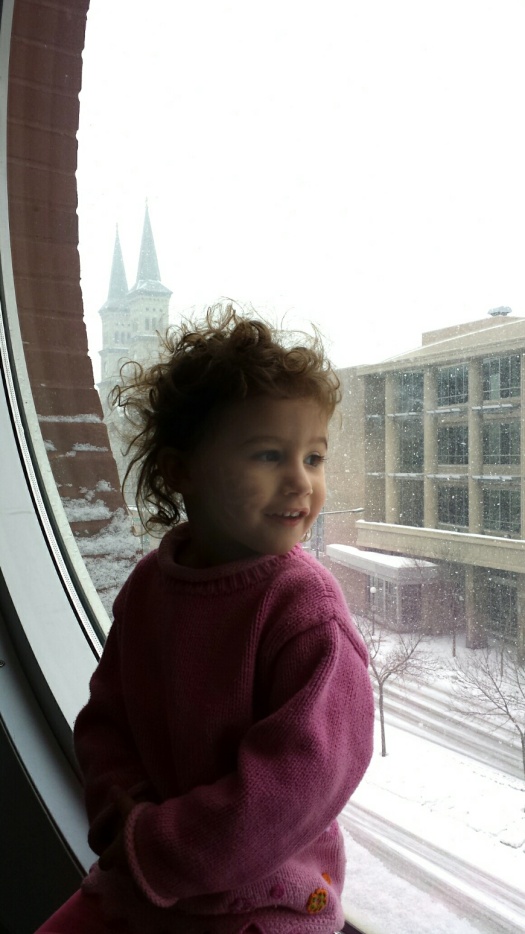 A year later and the pain of losing you still grips me unexpectedly. Your best friend still asks about you to her mother, she may be young but she hasn’t forgotten you. Your father has vowed to never have another child, he can’t bear the thought of enduring this kind of heartache again. Your grandparents are shells of their former selves. The world is not a better place for having you gone. We are not better for having lost you. Time may dull the blade of grief, but dull blades can cause just as much pain as sharp ones.

I got home to find a package waiting for me last night. It was from T’s mom, M. When I opened it I found the newest red Hold Steady t-shirt T had in his collection of shirts. I started crying.

When E and I had visited M at T’s house the weekend of the funeral she had insisted we each take something to remember him by. I had looked at the red shirt, hanging right next to the dryer having just been washed the day he died, but hadn’t wanted to be the first person to choose a memento. After all, there were many people who were much closer to him and should have the right to do so. I eventually opted for an older black Hold Steady shirt I figured no one would miss.

I didn’t know how to respond to M’s gesture. I appreciated it but felt like I had nothing to reciprocate back, the only things I had left were memories. In the end I sent her a message with a memory I had of T regarding that awful night in Anoka. T had been the person to warn me about Andy weeks before the whole incident. It was T’s words in my head that kept me on guard and made me aware I couldn’t trust the guy. I wanted M to know that.

It’s easy to forget the magnitude of impact someone’s words can have on you and the events that occur in your life. Sometimes people think just talking about something won’t make a difference but it really can. Words have their own power and you never know who’s actually listening. Never be afraid to speak up or speak out. You might just save someone.

Wednesday she would have been 3, it was a hard day to get through. After work I met my brother for dinner/drinks at his request. I brought him to a place he’d never been before and explained to him what dive bars are. We talked a little bit about general things.

He mentioned that her mother had called him that afternoon to tell him she was going to visit the grave in the afternoon so she could sing “Happy Birthday” and bring her the cake she had baked for her. I cringed at the whole concept. Why would you bake a birthday cake for someone who died? Why would you want to eat it at the cemetery? It seemed pretty morbid to me, my obvious facial responses ended that conversation before any of my words could come out.

My father had been requesting the police report and my brother hadn’t wanted to provide him a copy, none of us could understand why not. Four drinks into dinner I asked my brother about it, I tried to explain why our father wanted it, needed it, as part of his grieving process. My brother shifted the conversation away from that topic pretty quickly, I thought maybe I had failed to communicate but was soon distracted by dinner being served and a bingo caller in drag setting up at the table next to us.

Yes we stayed for bar bingo, no we didn’t win.

Since my brother was 6 drinks in I refused to let him head home after bingo. I dragged him to a coffee shop a couple blocks away from the bar. He was amazed to see me chatting with the owner and barista as I sipped my chai. I was trying to show him that the world wasn’t so scary and it was easy to start a conversation with people, that life cannot be lived if you never have any new experiences. After several chai lattes and a piece of chocolate cake I felt better about letting him head home.

Got a call from my father the next day. My brother had gotten him a copy of the police investigation. Even though the police are still stating no cause of death, my father found the answers he was looking for in the report. It was about as much closure as he was ever going to get. Apparently my words got through to my brother. I was glad to know that. He’s starting to talk about going back to school, and about moving out. My parents are skeptical but I think my brother needs to do it. He will never grow up if my parent’s don’t let him go out and risk failing. He will probably surprise them and learn to swim the waters of adulthood just fine.

My original suspicion of what caused my niece to die has pretty much been confirmed by that report. It helped me as well to know that my intuition was validated. This was a completely preventable death, nothing to do with genetic defects at all. It doesn’t make things easier, or ok, but in a small way it still helps to know why she died. Made the sacrifice of putting that much beer and sugar into my body for a night worth the unpleasant effects of the next day.